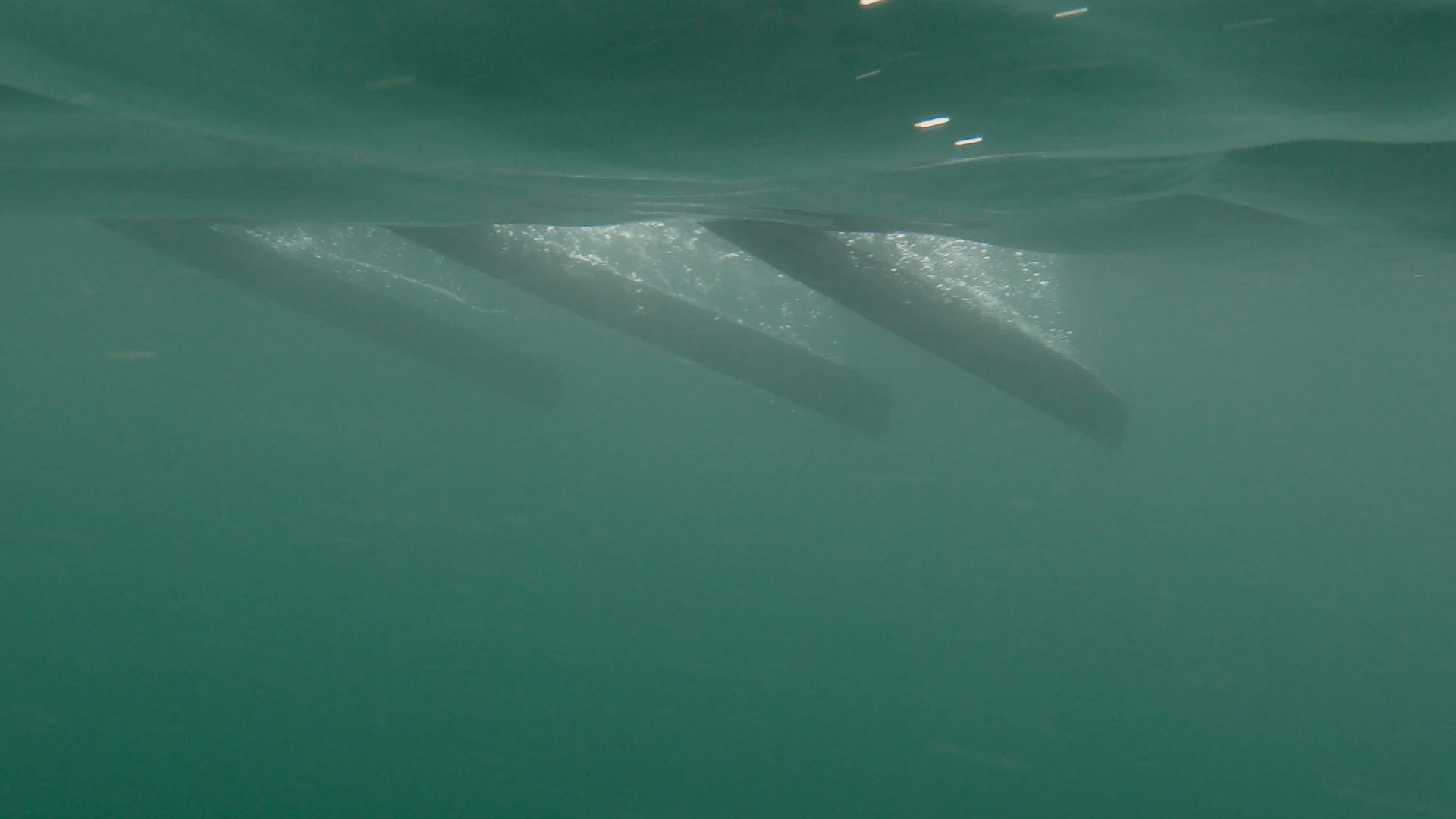 Confusing shadow with substance was first shown at Da Gadderie in Shetland Museum and Archives, Lerwick in 2017. A tour of the exhibition to six venues in Scotland and Shetland was due to take place this year, but due to the pandemic and the temporary closures of venues, this has been postponed.

The installation consists of three video screens and four audio channels which loop continuously. Each of the video screen loops independently of the other and because each are different lengths, juxtapositions of images alter. The sound consists of 4 separate channels, with four speakers, voices come from different corners of the room – sometimes behind, sometimes from all 4 speakers at once. Moving around the space gives the listener a changing experience. Sounds of the sea, oars pulling the sixareen through the water, the strains of a fiddle playing somewhere, together with sea birds and Shetland voices reading archive texts fill the room at times.

A variety of cameras was used to produce the work, transferred to HD video. There is a range of moving image material, which together with the archive photos and documents within the work purposefully gives a multiplicity of material images to read. The 16mm film, the video and black and white images of the 19th century and so on, all have their own material qualities, which in juxtaposition can contest each other as to the authority of each image.

Sound was recorded separately, and mainly on the Stenness site by artist Rob Gawthrop. People were asked to read archive texts on the beach as a way of returning to and connecting with the past activities in that place. In one book a description was found of a bell, rung to mark commencement and cessation of work on the beach, so one was borrowed from the museum and used to make recordings on the beach, and similarly the ludder horn – used to warn boats in fog. Recordings were also made of and from the sixareen boat taken out in the harbour in Lerwick.

For more about the production of the installation see here.