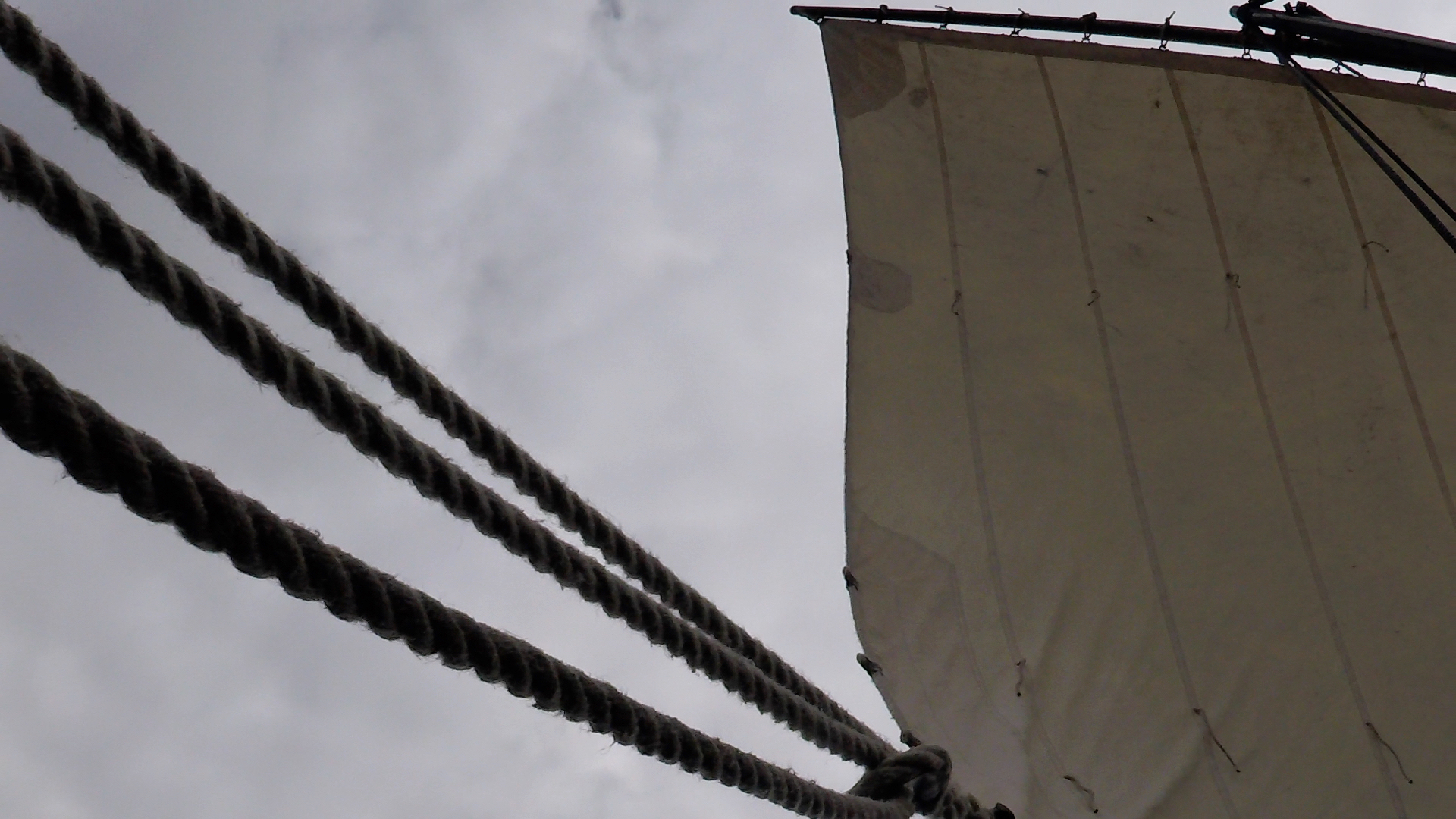 We researched some of the history of Shetland Haaf fishing as part of the development of the project.

The word haaf is derived from the Norse word ‘hav’ meaning open sea. Haaf fishing was carried out from mid 18th century until the end of the 19th century.

The Haaf season traditionally started on 12th May, crews spending time beforehand tarring boats, preparing their equipment, and repairing the lodges (booths) where they would live, re-building walls and  re-turfing roofs damaged by the storms and sea during the winter months. They used wooden boats called sixareens, most likely to be owned by the Laird, with line and hooks and other items bought from his shop on credit. These would be listed in a Day Book against the name of each fisherman, and his home locality. If any boats were lost the Laird could demand compensation.

A sixareen was a large wooden open six-oared boat with a square sail. For stability boats set out with a large amount of stone ballast on board, thrown overboard and replaced by fish caught. Sixareens were clinker-built, a technique used by Norsemen where the edges of the hull planks overlap. Originally many of the sixareens came in kit form and built in Norway, then taken apart and assembled again in Shetland. Later Shetlanders learned the construction techniques and built their own sixareens. Every scrap of wood had to be imported as the islands had very little trees for timber.

With a good haul of fish the boat would sit so low in the water that even moderate waves could swamp the boat, making the return journey more dangerous. There are stories of boats making shore simply because of an extra lift by being under sail with favourable wind. When visibility was poor a ‘ludder horn’ was blown to alert the boats to each other.

Weather permitting crews made two trips a week, during which they baited and set (released) up to 100 lines. A fleet of lines could have 1200 hooks stretching out in the sea to about 3.5km (over 2 miles). A common haul was in the region of two hundred fish, with an average of ten to a hundredweight. An average fish weighed up to 14lbs (about 6.3Kg). A bell was rung when fishing began.

The haaf fishing station at Stenness Beach in Northmavine was one of the largest on Shetland. Hundreds of men worked and lived here between the months of May and August in the 18th and 19th centuries. It was a form of indentured slavery. The croft land on which they lived was owned by the Laird and rent had to be paid or they faced eviction. The men came from small hamlets around the north of Shetland, each signing a fishermen’s agreement to work the season to ‘… prosecute the fishing … for the Laird ‘.

At its height, between 60 and 70 boats used the Stenness fishing station, the men rowing up to 40 miles out to the fishing grounds (the far haaf) to fish by line for ling and tusk, the main salt-cured species for export.

The catch was brought back to the stone beach to be washed, salted and dried, then stacked by the old men and beach boys. The Laird’s agent would weigh and store the fish ready for export. The men would be paid at the end of the year, with rarely enough to pay off the debt.